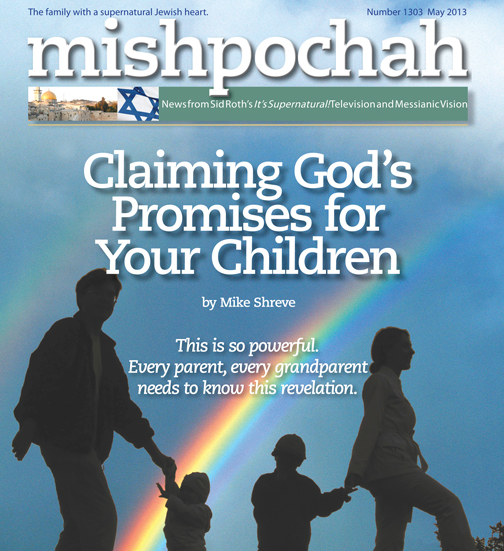 When facing challenges as parents, we need to focus on God’s promises.

Claiming God’s Promises for Your Children
By Mike Shreve

For years I had studied the
soul-strengthening subject of
the Promises of God. (There are
7,487 according to the respected
author, Herbert Lockyer.) But this was
different! God had just given me a flash
of inspiration—it dawned on me that
He has given a number of promises
that specifically concern the sons and
daughters of those who serve God.

I knew I had just tapped into a
mother lode in God’s Word (a primary
vein of gold). Knowing God’s promises is
essential because that gives His people a
basis for their faith. Once promises
are known, believers do not
need to beg God to do those
things He has already pledged
to do. Instead, they can come to
Him boldly, confessing His Word, fully
expecting a manifestation. Too often
mothers and fathers do the opposite.
They pray in desperation, begging God
to move in the lives of their children.
That “pleading” approach went out the
window forever when the breath of God
breathed this insight into my spirit.
One of the first promises He led me
to was Deuteronomy 7:9:

“…He is God, the faithful God who keeps
covenant and mercy for a thousand
generations with those who love Him and
keep His commandments.”

“How amazing!” I whispered,
shaking my head. I knew a generation,
biblically-speaking, was 100 years long
(see Genesis 15:13-16), so I quickly
concluded, “A thousand times a hundred
years! Wow! If I sincerely walk with God
in this life, an invisible blessing will
pass down through my family line for
100,000 years.” (Of course, this is most
likely not an exact figure, but a symbolic
one, showing how dependable and
long-lasting this promise is.) “If we have
that long,” I mused, “then long after
I am gone, God’s covenant will hover
over my offspring to empower them
and a reservoir of mercy will be there
to restore them in time of need. And if
that works for a thousand generations,
how much more powerful it is for the
next two or three generations!” It was
a Holy-Spirit-saturated moment that
opened my eyes to the enduring impact
of a life committed to God.

I concluded, “Never again will I plead
for a move of God in my children’s lives.”
Instead, in the words of Psalm 2:7, I began
to “declare the decree.” In ancient times
after a king made a “decree,” he would
send representatives into every corner
of his domain to “declare the decree,”
establishing as universal law what was
initially a decision heard only by those
present in the throne room. Because
the enthroned King of all
creation has decreed these
promises over our children,
now it is our responsibility
to declare them—to verbally
reinforce God’s laws in
this natural realm, defying
everything that opposes His
purpose.

So I began praying prophetically,
“I choose life for our family! The death-dealing
elements of this world WILL NOT
destroy our children. According to God’s
promise, He will circumcise their hearts
(cutting away the influence of the world)
and awaken within them love for Him
and love for the truth. Yes, I claim it. He
will pour out both His blessing and His
Spirit on my seed.”

Within a few months of praying
this way, my five-year-old daughter was
baptized with the Holy Spirit. After lying
on the floor for about 30 minutes, crying
and speaking in
tongues, she fell
into my arms and
whispered, “Daddy,
Jesus filled me—He
really filled me.”
Was the timing just
coincidental? I don’t
think so.
Actually, my
wife and I have had
to fight the good fight
of faith just to have
a family. We were
told initially that it
was impossible for
us to have children,
but we prayed and the God of Sarah,
Rebekah, Rachel, and Hannah did it again.
He healed Elizabeth of barrenness. Then
my firstborn, Zion Seth, suffered oxygen
deprivation during a very traumatic birth.
The attending doctors claimed it would
definitely result in serious mental and
physical challenges, to the point where he
would probably never function normally.
Instead, he entered college three years ago
in the top honors society on campus and
physically he has no problems.

The challenges escalated with
Elizabeth’s next pregnancy. Around the
fifth month, we went in for her normal
check-up. With a very grim look on
their faces, the doctor and his attending
nurse showed us the ultra-sound image
explaining that our daughter had spina
bifi da (a hole in the spine) and would be
crippled as a result. Next, he advised that
she would also have cretinism (a type of
retardation) because of a thyroid condition
Elizabeth was battling. Much to our
surprise, even though he knew we were
committed Bible believers, he suggested
an “alternative’”(we knew he meant
abortion). Our response? We agreed never
to return to his office again, but instead, to
rely on the Word of God.

Often we prayed Psalm 138:8 (“the
Lord will perfect that which concerns
me”) and Psalm 139:13 (“For You formed
my inward parts; You covered me in my
mother’s womb”) expecting the curse to
be reversed. Then we chose a name for
our daughter—prophetically calling her
Destiny Hope (to counteract the prognosis
they gave of no hope and no destiny).
It worked. At some point in the next
few months, the healing took place and
Destiny was born perfect.

I believe these miracles happened
because we dared to believe the PROMISES
God gave in His Word. In a variety of
ways and means, this is a major part of
what faith is all about—each generation
transferring to the next what we have
received from the Everlasting Father.
This is God’s perspective too. For
instance, when He revealed Himself to
Noah, God made a pledge that continues
even to this day:

“As for Me, behold, I establish My
covenant with you and with your
descendants after you… never again
shall there be a flood to destroy the earth”
(Genesis 9:9-11).

Even if your children are presently
walking in darkness and refusing to
acknowledge the truth you embrace,
don’t give in to discouragement. If you
are a lover of God, He has actually
adopted your children as His
own. Read the following promise
carefully:

“Fear not, for I am with you;
I will bring your descendants
from the east, and gather you
from the west;
I will say to the north, ‘Give
them up!’ and to the south,
‘Do not keep them back!’ Bring
My sons from afar, and My
daughters from the ends of the
earth —
Everyone who is called by
My name, whom I have created
for My glory; I have formed
him, yes, I have made him”
(Isaiah 43:5-7).

Notice God initiates
this passage calling them
“your descendants,” then He
commands, “Bring My sons
from afar, and My daughters
from the ends of the earth.”
Apparently, because they
belong to you, God claims
them as His own (since what belongs to
you is “on the altar” and actually belongs
to Him). So the Redeemer promises
to place His canopy of protection and
provision over their lives. Though
satan and his demonic underlings are
constantly fighting for the control of their
lives, God has uttered the war cry:

“I will contend with him who contends
with you; and I will save your children”
(Isaiah 49:25).

That settles it! You and I had better
not put a question mark where God has
placed a period! As far as He is concerned,
“It is done.” He just needs you and me to
pray the prayer of agreement, then make
a commitment to wait on the Lord.

Surely by now you can sense the
tremendous power of knowing and
confessing these promises. You need
to become well acquainted with all 65
promises, and start building a spiritual
“wall of fire” around your family
(Zechariah 2:5).

I just found out that an
underground church in
China plays our TV shows
in their services and people are
healed! Friends of ours who were
visiting China said when they told the
church leaders they knew me, the leaders
got tears in their eyes. They went on
to explain how much It’s Supernatural!
has blessed their church. Many in the
underground church even view our
show on their cell phones! The leaders
then gave our friends $108 to sow into
It’s Supernatural! They had wanted to
plant this gift for a long time, but were
not able to because of the danger if the
government found out. 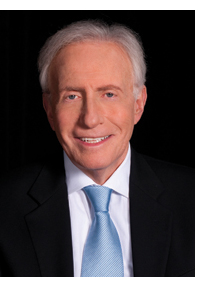 Also we recently found out that
someone has been selling iPhones in
North Korea with It’s Supernatural!
episodes pre-loaded on them.
These two testimonies have given
me the faith to step out to create the
It’s Supernatural! Network (ISN). This
network will give us the ability to make
our shows available in high definition
on every smart phone in the world!
A day will come soon when we will
be censored, even on Christian TV
networks. Already in Canada, I am
forbidden by law to say anything on the
air from the Bible against radical Islam
or the homosexual lifestyle.

The It’s Supernatural! Network will
begin by airing archives of our TV show
24/7 and will gradually add one new
show at a time. Most Christian television
shows reflect the previous move of God’s
Spirit. My vision is for our
network to reflect the
next
move of God’s Spirit.

With this
network, I will be
able to bring the
latest prophetic news
live to anyone who has a
computer or smart phone
anywhere in the world.
And if God gives us more time, the
technology will allow us to put ISN on
any satellite or cable network in the
world!
At the same time the whole Spanishspeaking
world has opened up to us. Our
translation team is so good that they
make me look like I’m speaking perfect
Spanish. Initially, the Spanish-language
show will air in North America, Central
America and South America.

We are continuing to broadcast our
TV show throughout the former Soviet
Union, Iran, Iraq and Afghanistan in the
viewers’ native languages!
I want our new network
to originate from Jerusalem. Everything
is in vision form, but will change from a
regular passenger train to a supersonic
bullet train this year! Strap on your
seatbelt! Jesus is ready to return.

Proverbs 11:30 says, “He who wins
souls is wise.” The church in China
saved their money over one year’s
time and gave $108. That was a huge
amount for them. Some of you can
give double that. Some can only give
a smaller amount and some can give
$100,000. But God will show you. My
faith says several millionaires will step
forward as we need six million dollars
to complete the network this year, but I
know God wants you to partner with us
so you share in all rewards! You are part
of the bullet train miracle.” The only
thing we take to heaven is souls. Time is
running out!

During our most recent TV shoot,
a trusted intercessor had a revelation
that multitudes of Jews will be swept
into the counterfeit end-time deception
of satan. There is a life-critical urgency
for us to reach unsaved Jews during this
short window before they are blinded
by the deception of the devil. Our
ministry has the call, the anointing and
the tools to plunder hell to populate
heaven with thousands of new Jewish
believers. I sense God has knit you to us
for such a time as this. Partner with us
now and rejoice forever!