The spirit of Islam is not understood by Western minds, and therefore leaders of democratic nations cannot identify with Israel’s strategic precariousness and her reluctance to “Just give peace a chance.” (Photo: TAL COHEN)

“We will return to the sea of Jaffa, to the sands of Haifa, to the Palm trees of Beit She’an, and to the hills of Lod [near Israel’s Ben Gurion International airport] and Ramle. We in the blessed al-Aqsa Mosque await the legions of the conquerors. We await the armies from Tunisia, from Jordan, from Egypt, from Iraq, from the Maghreb [Northwest Africa], and from the Hejaz [Western Saudi Arabia].”(Al Jazeera TV, 27Apr2014)

These impassioned words were broadcast by Imam Raed Al-Daana at an Italian conference in April. Daana is the Iman from the al-Aqsa Mosque, third most holy place for Muslims and where Yeshua the Messiah once taught and healed in the Jewish Temple.

Daana promises there are “great and proud men [in Gaza] who have realized the darkness and [when] the Jewish state will vanish…that morning, the sun will rise on Palestine.” (Ibid.)

Daana is not from Hamas. He is a religious Islamic cleric in Jerusalem under the Fatah-ruling Palestinian Authority. He lives to see an Islamic Arab state replace Israel. It is this common aspiration that unites all factions of Palestinians with the exception of a few evangelical Arab believers.

The only difference between the Fatah and Hamas parties is that Fatah strategizes to dissolve Israel through the United Nations, through diplomatic demonization, isolation, sanctions and world opinion, whereas Hamas is dedicated to out-and-out attacks on Jewish civilians, kidnappings and other acts of terrorism against Israel.

In 2006 Palestinians living in Gaza chose a Hamas government over the Fatah party in “democratic elections.” Soon afterwards, Hamas overthrew the entire Gazan governmental infrastructure and kicked out all Fatah civil servants in bloody street battles, leaving the Palestinian Authority only with the West Bank.

THE END OF THE PEACE PROCESS

However, for his own reasons, at the end of April, 2014, PA head Mahmoud Abbas decided it was time to reunite the Palestinian people by reconciling Fatah with Hamas. The main hitch, however, is that the PA was supposedly conducting peace talks with Israel, and now was suddenly merging with Hamas, a recognized terrorist organization.

Israel’s response has been what you would expect: Israeli Prime Minister Benjamin Netanyahu immediately ended the already disintegrating peace negotiations with the PA, exclaiming, “How can the Palestinians say they want peace if they forge an alliance with these killers? We don’t negotiate with Hamas as long as they seek our destruction.”

Indeed, what would keep Hamas from winning the next Palestinian election, and taking over the entire West Bank? Hamas’ dream would be to attack Israel, not just from Gaza, but also from Judea and Samaria.

This would mean Tel Aviv and Jerusalem and the whole center of Israel would be fair game for renewed terrorism. This would mean that planes landing at Ben Gurion International airport would be a couple of miles away from terrorist rockets and missiles.

In case anyone missed their intentions, Hamas’ leader Khaled Mashaal announced, “Our path is resistance and the rifle, and our choice is jihad,” confirming to the world that Hamas is most definitely still committed to holy war against Israel. (Ibid.)

Mashaal said now that the two parties of the Palestinians have signed a reconciliation pact, they must produce a joint strategy that will lead to the “liberation of our lands and holy sites and the return of the Palestinian refugees to their homes.”

He declared boldly that until Israel is destroyed and replaced with an Islamic state, “There is no past or future without jihad and resistance. Jihad is our path.”

Indeed, it is very important to Hamas leaders that the world understands its goal and its purpose for existence.

In response to the new reunion, the ever-present EU foreign policy chief Catherine Ashton finds herself quite pleased with the reconciliation between Fatah and Hamas. True, she did politely explain to Hamas that they “must uphold the principle of non-violence, remain committed to a two-state solution and accept Israel’s legitimate right to exist.”

May I politely ask Ms. Ashton, “Who is the party that is to remain committed?” What planet is she living on?

Netanyahu replied that Hamas’ participation in “peace” talks is a non-starter for Israel. Abbas then claimed that Hamas wouldn’t really have any say in executing policy in the West Bank no matter who won the elections. Really? Is Abbas living in a fantasy land or is “truth” simply not a part of his DNA?

There is, of course, a good chance that nothing will come of the Fatah-Hamas reunification as the power struggles between the two factions will surely continue. Both parties’ immediate goal is to determine who will control the monthly financial largess pouring into the West Bank in the form of multiplied millions of dollars from the U.S. and Europe. It is well known for anyone who wants to know that this money lines the pockets of those in power and their cronies and workers, and funds families of prisoners in Israeli jails convicted of murder and terrorism. (The more Israelis a convict murdered, the greater the sum to the families.)

As for Israel, I don’t know if it is really possible to articulate the profound, aching desire Israelis have for peace. We ask ourselves:

“Why are we a persecuted people – always persecuted, hounded and despised by the world?

Why can’t we have peace with the Palestinians who are a brand new community which came into existence only since the Jewish people began returning to their ancient homeland a little over a century ago?

Why can’t we make peace with a group of people who have never ruled over an inch of the Holy Land, who have never before had Jerusalem, or for that matter, any city as their capital?

Why can’t the Arab world accept one small state as a state for the Jewish people?”

But Israelis know that if the Islamic Arab states refuse to recognize Israel as a Jewish state, it is because they don’t accept Jews living in the Middle East. And so that is Israel’s primary demand: Recognize us as a Jewish state!

But the Arabs claim that a Jewish state would be an apartheid state! The difference between these two peoples, of course, is that persecution of religious minorities in the Jewish state is minimal, really, infinitesimal, compared to persecution in any Islamic state. But the Fatah party tells Israel, “No” to a Jewish state! Hamas says, “Never!” Khaled Mashaal, head of Hamas affirms his attitude towards Israel: “There is no past or future without Jihand and resistance. Our path is resistance and the rifle, and our choice is Jihad.” (Photo: APIMAGES)

HOW MANY ISLAMIC STATES ARE THERE?

In fact in every Arab state – and non-Arab state – where the population is overwhelmingly Islamic, every other religion suffers serious persecution. Ask any Christian (privately) if he is a second-class citizen in his Muslim country, and he will almost certainly tell you he is.

But diplomats like Secretary of State John Kerry recently warned that if Israel doesn’t make peace with the Palestinian Islamic country, Israel, the only democratic state in the Middle East, could well become an apartheid state! He was quickly parroted by Palestinian negotiator Saeb Erekat who agreed wholeheartedly.

What a scam! Why didn’t Kerry mention the fact that because of the apartheid situation under the Palestinian Authority, the traditional Christian community is disappearing! Leaving the country! And traditional Christians are not out evangelizing like the Evangelical Christians are. The latter of course receive even greater persecution in the Palestinian communities, and in every single Islamic-dominated country. Who doesn’t know that under Sharia law, if a Muslim converts to Christianity, he receives a death sentence?

To negotiate a peace treaty with the Palestinians, Israelis know we must have some way of insuring that terrorists cannot plan attacks from Judea and Samaria.

And no matter how much pressure is put on Israel, the Jewish people will not give up the Western Wall and control of the Old City to a Muslim authority. Jerusalem will be Israel’s capital.

Here is my bottom line: It’s not going to happen. There’s not going to be a peace treaty. When there is a new president of the U.S., he or she will surely send over more diplomats who will try to solve the Israeli-Palestinian conflict. They, too, will fail.

The god of this world will continue to hammer and batter Israel. But there is a growing army of Messianic Jews and Bible-believing Christians who are interceding for the physical and spiritual deliverance of the Jewish people of Israel!

These prayers will be answered by the Mighty God of Israel who will send His own army of angels to bring His ancient, beloved people back safely to Him. 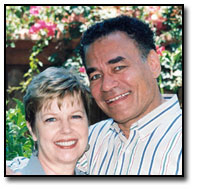 Ari and Shira Sorko-Ram are the founders of Maoz Israel Ministries. The mission of MAOZ is: 1) To declare the Message of Messiah and make disciples in the city of Tel Aviv and throughout Israel. 2) To raise up Israeli leaders to prepare for the coming spiritual awakening among the people of Israel. 3) To educate and inform Christians world-wide of the strategic importance of Israel and the Jewish people in God’s plan for world revival. The MAOZ web site ishttps://www.maozisrael.org/.